@renukash You should have cast @senaparna & @konkonas as the mother-daughter in #Tribhanga... This is not to take away from @tanviazmi who is the BEST thing about the film... It's such an endearing lovely story let down terribly by @itsKajolD's overacting...

#tribhanga
It is a good watch. Have seen this kind of story somewhere but.
I don't know why #kajol just used so much of #cuss words in the movie.
Why to tarnish your image.
#notcool #MovieReview #movie #Netflix #AjayDevgn #why #OTT #ottcheck

Weekends are OTT time, and last night was with #Tribhanga.
@renukash mam a big thank you for such a flawless movie.
@itsKajolD mam you are now dominating a different genre. Earlier with #Devi and now this, #Kudos 👏👏
A must watch for all 👌👌
@Sumona34998660
@NetflixIndia

@renukash #tribhanga shows what a deep understanding you have of human character, of life & relationships, what shapes us as humans, as women, and what it means to forgive. Tri is a rare, brilliant gem of a movie. Thank you.

One of my fav personality mrs.renuka sahane write and direct an amaze movie..based on daughter mother relations
Beautifuly elaborate their companionship..& hatsoff to her direction,story and acting by my fav kajol..
#tribhanga 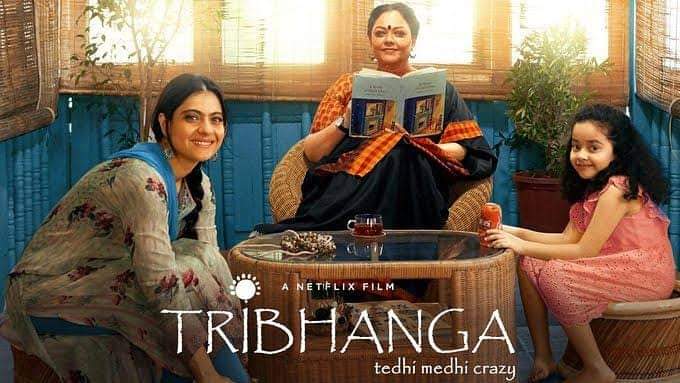 Peace, pardon, passion, perspective.....
Better to understand the spectrum of these simple yet complicated intangibles in the present than seek them as solace or offer them as tribute posthumously.
Tribhanga - the movie ..must watch
Streaming on Netflix...
#Tribhanga @renukash 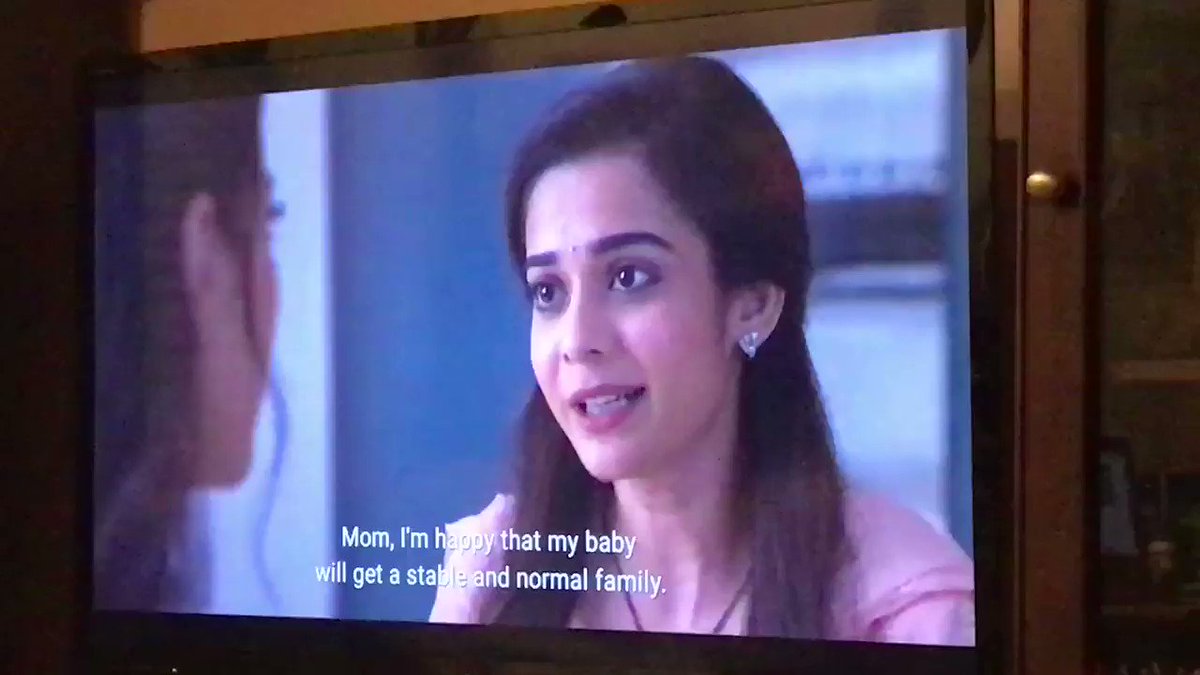 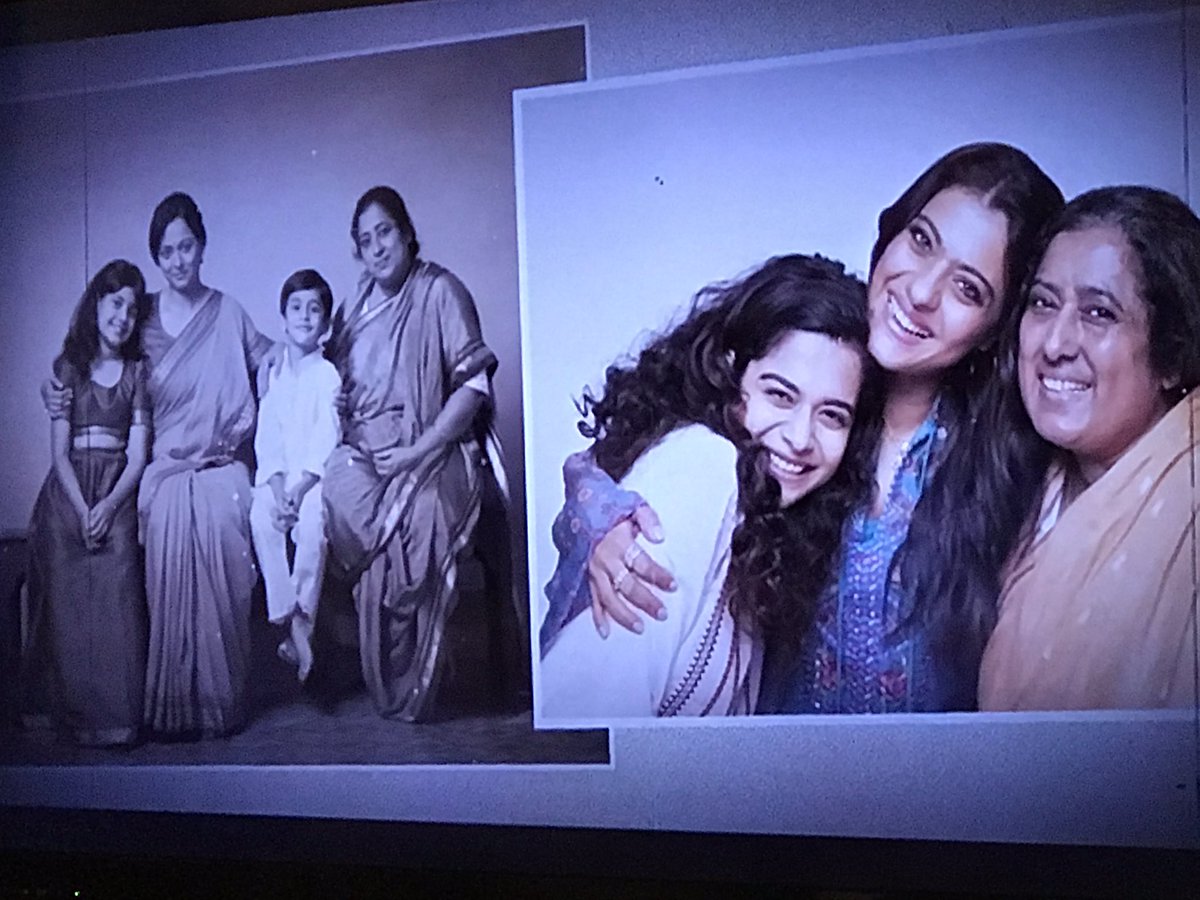 Human beings are so selective and biased that even our memories are also hide our defects and weaknesses but makes our goodness to the larger than life. #Tribhanga

These lines connected to me lot #tribhanga
Our present is writn by him
What happened in the past is to be happen.
And what will happen in future
It's bound to happen.
Our body is just a medium to help our souls to reach him
Our lyf is just a pilgrimage.❤
#noescapeism @itsKajolD

After a many months successfully i finished watching a movie #tribhanga
An unconventional story of 3 women so beautifully narrated! Totally Loved watching #Tribhanga
@itsKajolD @renukash @mipalkar
Clearly they shown what is happening in the society.
#LateNight #family movie

#tribhanga on #netflix #kajol looks beautiful but her acting is dull & loud & as she has been brilliant before, #Director must be avg. But #TanviAzmi is very believable & quite good. editing a movie this sensitive so closely makes it odd & jumpy. A #gulzar was needed #films2021

what are you #watching on #Netflix today?

The trailer for this movie called #tribhanga looks good Has anyone watched it? (its a new Hindi movie I just seen on Netflix)

#Tribhanga is a beautiful presentation of life by @renukash. The story has so many layers which has been beautifully projected by the actors. It's actually a good movie.

#tribhanga movie is about choices of 3 women & they boldly facing the consequences without any regret.
Life of a woman is beyond the roles she plays in her life.

Just Watched Tribhanga (Netflix film) ,Parents sacrifices for us more than we know''Children come to realize their mistakes when* *they become parents themselves.*
It’s actually one of the best in the recent OTT times!!! and again one of the best of @itsKajolD ❤️..
#Tribhanga

Getting into straight away #tribhanga is one of the best OTT content and arguable the best of kajol.
A film which starts as a simple one but hits you extremely hard at the end. Very well directed by @renukash .👌

Wow, Kajol is a really bad actress. Absolutely no nuance in a story that deserves maturity. She bulldozed through her parts in #Tribhanga and the story just whizzes past you without letting you soak in key incidents. Younger Mithila is more restrained and effective. Can skip.

#SIRTheFilm is very subtle with super performances.
While #Tribhanga is a good watch. The conflicts of characters very well portrayed #Netflix

My dear @itsKajolD thanks so much for #Tribhanga. Missed you a lot & I truly enjoyed again your talent as an actress. The film is so touching, precious and makes you think about the consequences of our acts & the beauty of forgiveness. No one makes me cry like you. Loved it. ❤🌷

@itsKajolD @KomalNahta @renukash @filmfare #Tribhanga
2. What culture is imbibed in mother & daughter relationship? One hand she does Tanhaji & the other mouthing garbage?
3. Never expected frm @renukash
Time n again proven-morals were never a part of the industry's fabric.

@itsKajolD @renukash
@KomalNahta @filmfare
#Tribhanga
1. For all the decades of praises kajol gets for her acting....do not understand the use of the 'F***' word - does the team really need the frequent use of the term to sell their product?

Finished watching #Tribhanga on @NetflixIndia .. awesome job by @renukash emotional story and performances. Initially I was turned off by screechy Kajol, but I suppose, it was justified. Must watch. Trigger warning : not for everyone.

#Tribhanga Very beautifully and sensitively done film. Also, loved that the film's strong characters are rooted in Hindu culture and traditions even as they break away from the conventional paths in their lives.
No need to be anti-Hindu to show progressive thought.