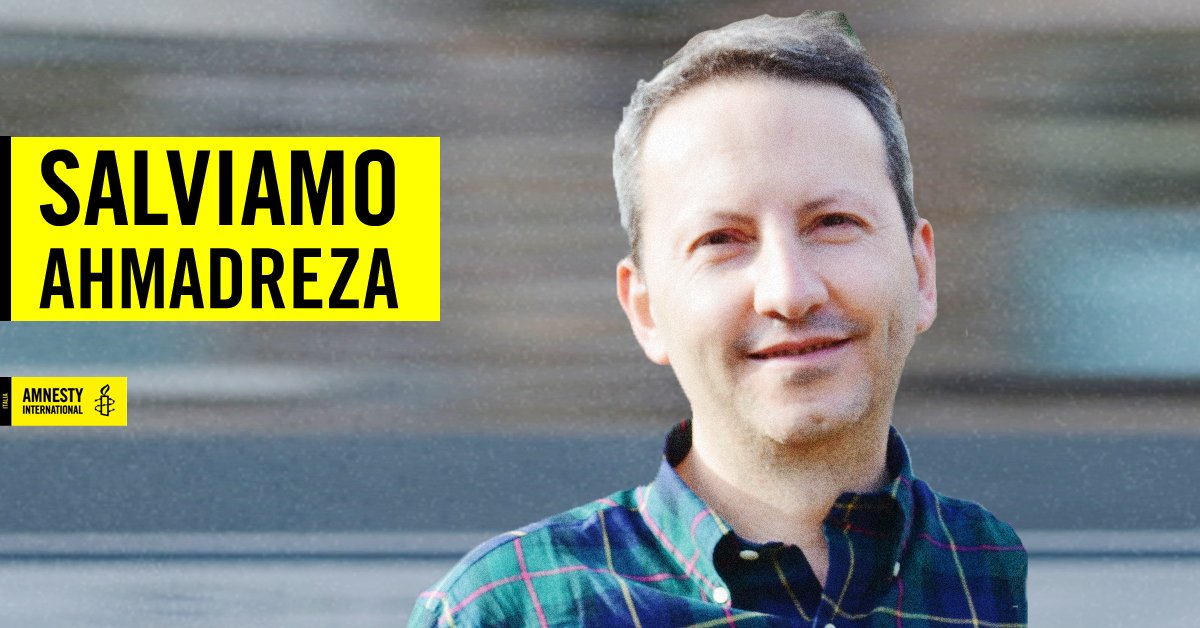 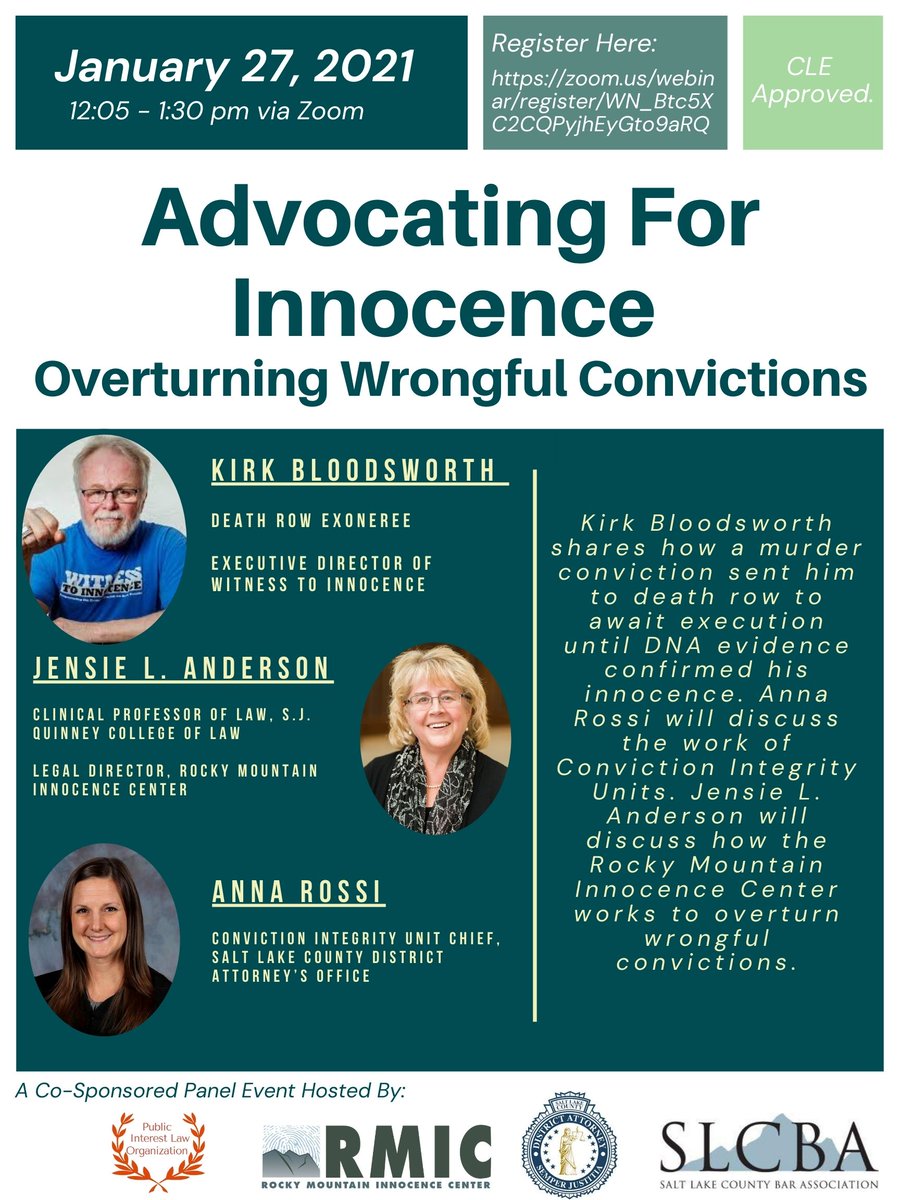 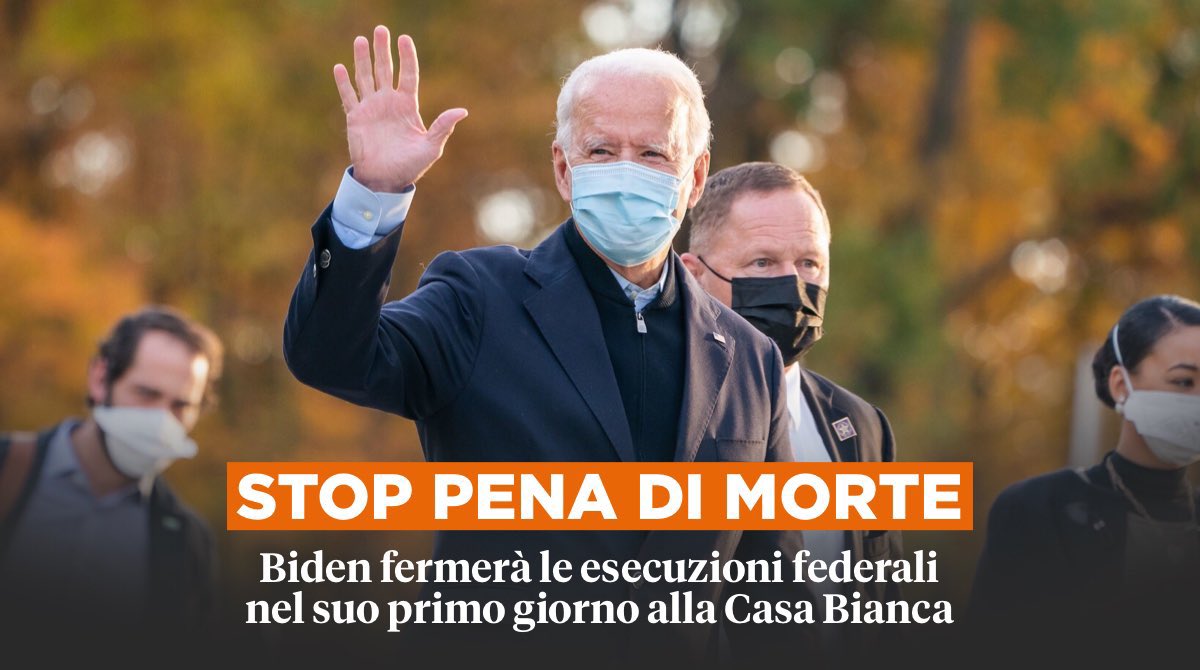 #SaudiArabia: Execution of juveniles is categorically prohibited under int'l law. If the crime is committed when the offender is under 18, that prohibition apply to them. Stop executions. #NoDeathPenalty #peinedemort

Five people continue to face death sentences for so-called 'crimes' committed as children, despite an announcement by Saudi Arabia nine months ago that this practice would end.

One of them - Mohammed al-Faraj - faces a hearing today. ⬇️ 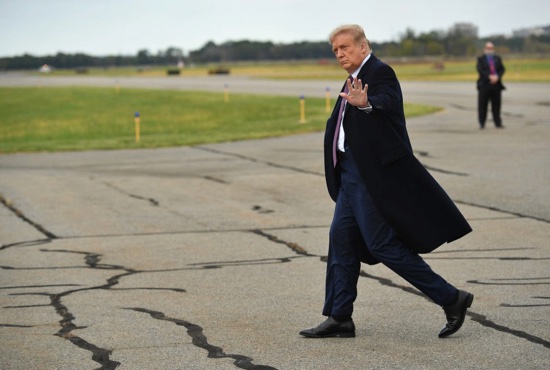 Please be aware that the justice of our Supreme Court is as horrified as I am. This must stop. Is there no way to stop these executions as long as Trump is President? #BanStateExecutions #NoDeathPenalty #PrisonReform We must do something!

@katalin_pota well idk the whole case, but this is terrible, right?
executions should be illegal #nodeathpenalty

“Let us keep in mind that not even a murderer loses his personal dignity — God Himself guarantees it (see EV 9). The firm rejection of the death penalty shows to what extent it is possible to recognize the inalienable dignity of every human being.” -@Pontifex #NoDeathPenalty

@CoriBush #Trump admin. carries out 13th & final #execution
" #DustinHiggs was the third to receive a lethal injection this week."

#Trump administration carries out 13th & final #execution
" #DustinHiggs was the third to receive a lethal injection this week."

" #CoreyJohnson's #execution went ahead after his lawyers scrambled to stop it on grounds that the lethal injection of #pentobarbital would cause him excruciating pain due to lung damage from his #coronavirus infection."

#Trump administration carries out 13th & final #execution
" #DustinHiggs was the third to receive a lethal injection this week."

@CoriBush Exactly. Everyone is super religious here and then they kill prisoners.. Such hypocracy! Thou shall not kill. That should be our way..always! So brutal.. so inhiman. We become monsters when we kill and who does it will be judged! #nodeathpenalty #AbolishTheDeathPenalty

"The Court has allowed the United States to execute thirteen people in six months under a statutory scheme and regulatory protocol that have received inadequate scrutiny, without resolving the serious claims the condemned individuals raised." - Justice Sotomayor #nodeathpenalty 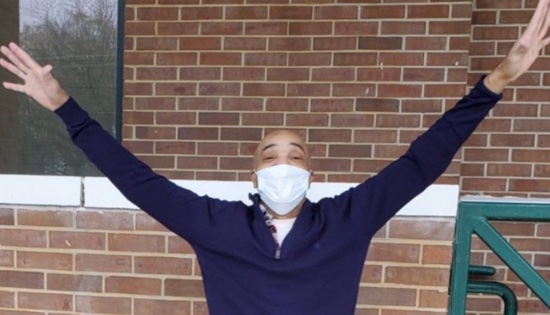 "The government completed its unprecedented slaughter of 13 human beings tonight by killing #DustinHiggs, a Black man who never killed anyone, on #MartinLutherKing’s birthday,”

The Trump administration carried out its 13th federal execution since July, an unprecedented run that concluded just five days before the inauguration of President-elect Joe Biden, an opponent of the federal death penalty (via AP)

13 death row inmates murdered by the #DOJ under #Trump...
#NODEATHPENALTY!

The death penalty is fundamentally a poor person’s issue. Over nearly 40 years of visiting death row facilities across the United States, I have never met a single person with money or resources. Capital punishment means “those without the capital get the punishment.”

BREAKING: U.S. carries out the 13th and final execution during the Trump administration, the most for any presidency in more than 120 years.

TERRE HAUTE, Ind. (AP) — US carries out 13th and final execution during Trump administration, most for any presidency in more than 120 years.

Pro life must include all living humans including the poor, the mentally ill, the in prisoned, our enemies, and our neighbors. All means all. #nodeathpenalty #StopExecutions #StopTheKilling #EndTheDeathPenalty

Justice Sotomayor, on the Trump administration’s rush to kill.

It's just past 10:00 pm, no decision from #SCOTUS on #DustinHiggs execution. According to the court's docket, Justices will be asked to decide whether to vacate an execution stay set by the 4th Circuit Court of Appeals.

We grieve for every person killed by the cruel and unnecessary US death penalty. This is not the history we want to be making. #NoDeathPenalty 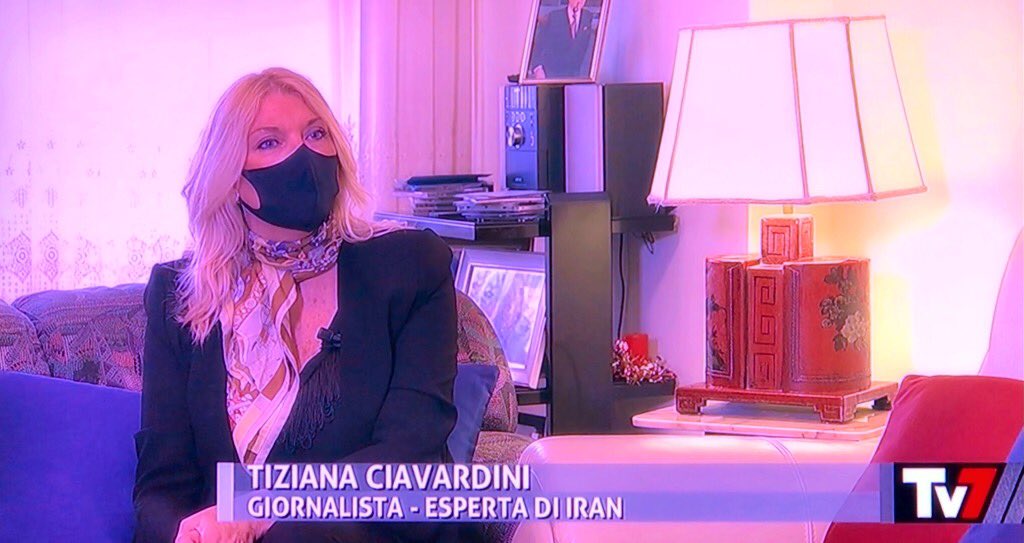 Real question: why are they executing people in the middle of the night? Or at all, for that matter. #nodeathpenalty 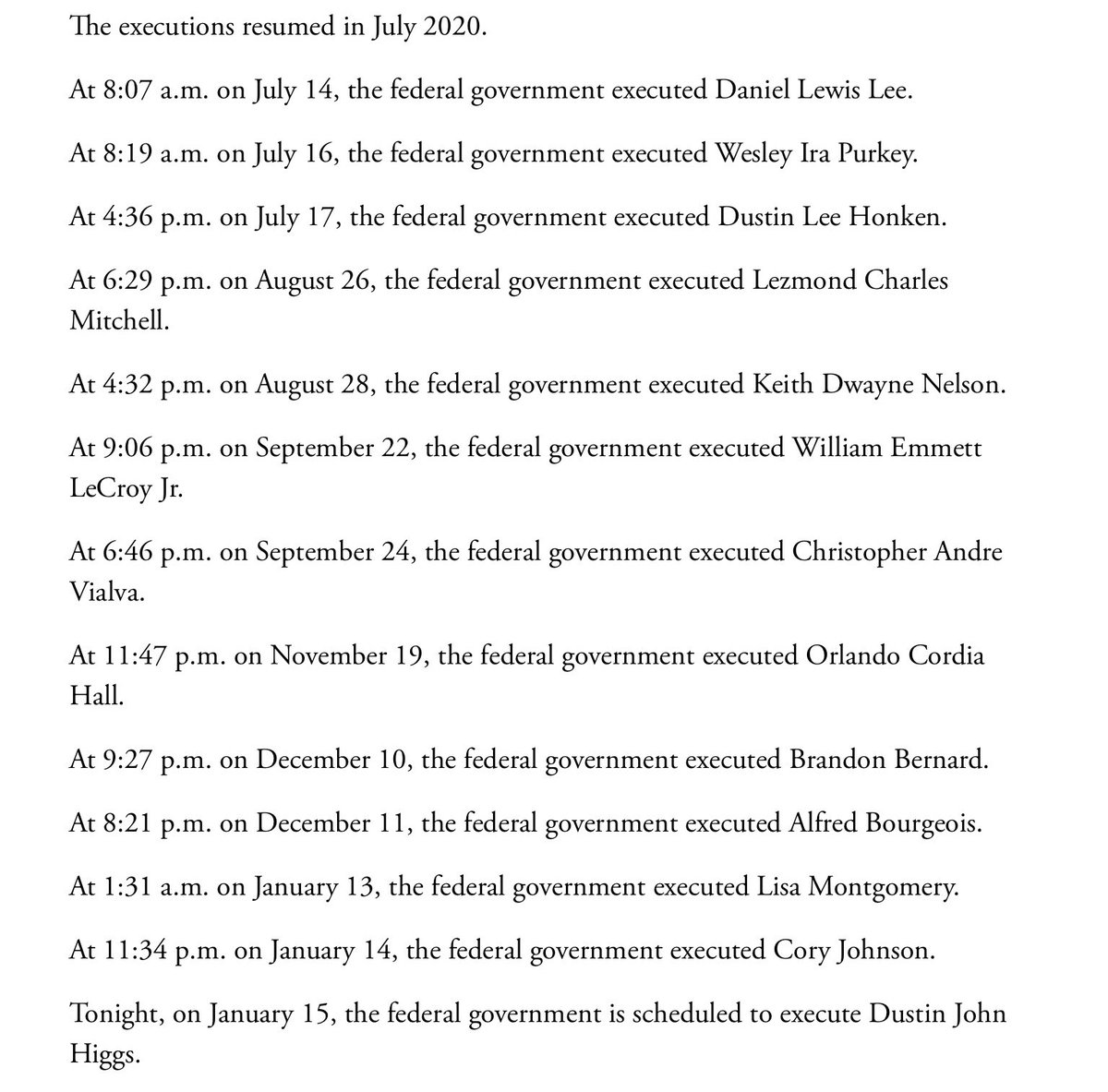 After having no federal executions take place for 17 years, after tonight the Trump administration will have executed more than a dozen people in the final months of his term. It’s a killing-spree.

Today, there are 27 individuals on #deathrow in #Bahrain.

26 are at imminent risk of execution, nearly half of whom have alleged being forced to confess through torture.